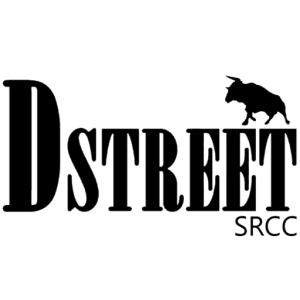 The Central Statistics Office, Ministry of Statistics and Programme Implementation of India recently released the estimates on the performance of the economy in the final quarter of the captioned financial year. Following are the major highlights of the release and its analysis.

The First Quarter of the financial year, which was just recovering from the effects of the cash crunch caused by Demonetisation (announced in Q3 of 2016-17) on the levels of consumption in the economy, saw the passing of GST Bill (which was a great initiative by the Government of India to eliminate Tax Cascading by merging nearly all the indirect tax rates to form a single Goods and Services Tax Rate) and because of the anticipated transitional problems, was not able to register any increase in the growth rate of the economy from Q4 of 2016-17.

However, after the implementation of the ‘Good and Simple Tax’ (as dubbed by the Hon’ble PM) right in the beginning of the second quarter, the growth rate of the economy increased from 5.6% to 6.3%, which the author attributes to the largening of the formal sector economy as nearly 1.3 million more businesses came under the ambit of the radical Indirect Tax regime and increase in consumption of the FMCG and Real Estate goods as their net price level fell and the transaction level bounced back after the normalisation of the DeMo cash crunch.

As the GST council further reduced the tax rates and as the enforcement of GST further reduced profiteering practices (malpractice of not passing the benefit of tax reduction to the ultimate customer) by the businesses and eliminated the cascading effect (effect of tax being charged on the amount of tax imposed under a separate name, eg., Service Tax charged on Excise Duty imposed by the Central Government), the effective price paid by the consumers further reduced, leading to a further increase in the overall consumption of Goods and Services. Hence, as the new tax system was embraced by the businesses (due to simplified tax procedures and laws, an example of which is the simplification of the tax imposition mechanism on inter-state transportation of Goods) and customers (due to reduced prices of major goods and services), the GDP growth rate flew vertically from 5.6% to 7.7%.

The GDP growth rate of the economy as a whole is pegged at 6.7%, which the author believes will steadily rise in the future given the rapid increase in the size of the manufacturing sector (@9.1%) and the construction sector (@11.5%) in the latest quarter coupled with the growth rate of Capital Goods in the economy which currently stands at 9% in Q4 (which has seen a tremendous increase from 0.8% in Q1, which essentially proves that the confidence of the suppliers of Goods and Services in the pay-out potential economy is increasing rapidly, due to which they are investing in their productive capacities), which has improved the potential of the economy to sustain the current rate of consumption and to increase it further.

Sentiments seem to be high for the share named India Inc.