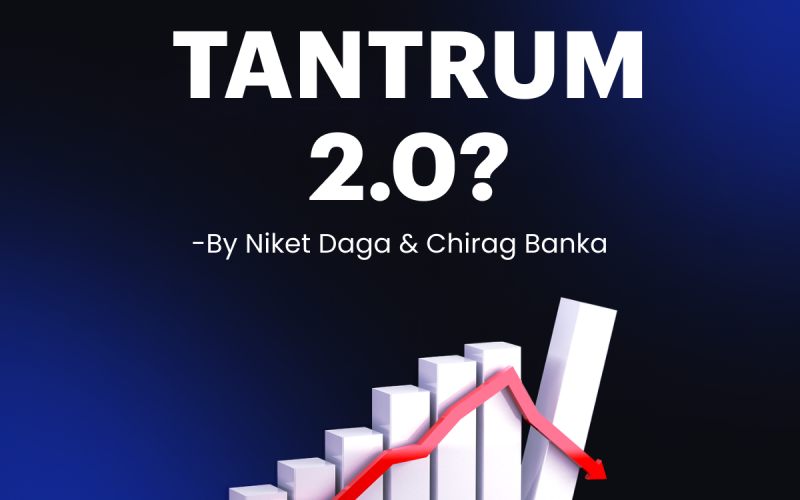 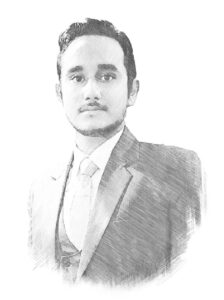 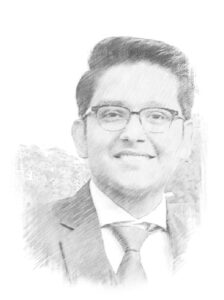 “The worry is that markets are leveraging on that promise and when that time comes to a switch unless it is steadily advertised and markets have time to react, a taper tantrum moment is possible”.

The aforesaid statement by former RBI chief Raghuram Rajan has created fears of a potential outburst of a stock market bubble. Sensex doubling in 10 months can be inferred as an after effect of the same.

Before building on Mr Rajan’s statement, it is really important to understand the most germane idea inherent in his words – “Taper Tantrum”. Building on taper tantrum, let us briefly discuss when it happened, why it happened and what led to the coinage of the term.

The world encountered one of the biggest financial crises in the year 2008. Massive economic downturn generated tremors of global instability across the biggest economies, chiefly the United States. In order to support the depressed economy and to push it back on the path of revival, the US Federal Reserve began slashing interest rates. Despite the interest rates having reached zero, there was little help done to the economy. This was chiefly because banks were already over-stressed, and loans did not help as they were practically worthless. As enhanced support to the distressed economy, the US-FED came up with an unconventional tool to boost liquidity known as Quantitative Easing (QE). Quantitative Easing basically means buying long term securities, bonds and even some toxic assets from the open markets to infuse liquidity. This helped rebuild the faith in the economic system and regain control of long-term interest rates in the market. How? By stuffing the banks with truckloads of cash to disperse as loans.

This excessive liquidity in the US markets turned out to be favourable for emerging markets like India. How? Well, the low US-Bond Yields diverted the investors as they sought higher returns. This process went on quite well and signs of a healing economy showed up. But this so-called golden era for the stock markets capitalizing heavily on the open tap of free-flowing funds faced a setback. The year was 2013. A move to control the deliberately pumped liquidity to underpin a ruptured economy was announced by the then US Federal Reserve Head, Ben Bernanke. In May 2013, the FED announced that it was scaling back and that the time for a gradual reversal of excessive cash injections had come. The balance sheet of the FED had tripled to $3 trillion due to the surplus repurchase of assets, which now had to be monitored. This pause in the purchase activity was seen as the end of the Quantitative Easing programme of the FED. Though it was an important step to control inflation and stabilize the economy, investors all across the globe were worried post this action. The interest rates in the debt securities market that had fallen massively, consequently shot up. Investors who had diverted to the equity markets were now looking up to the debt markets. 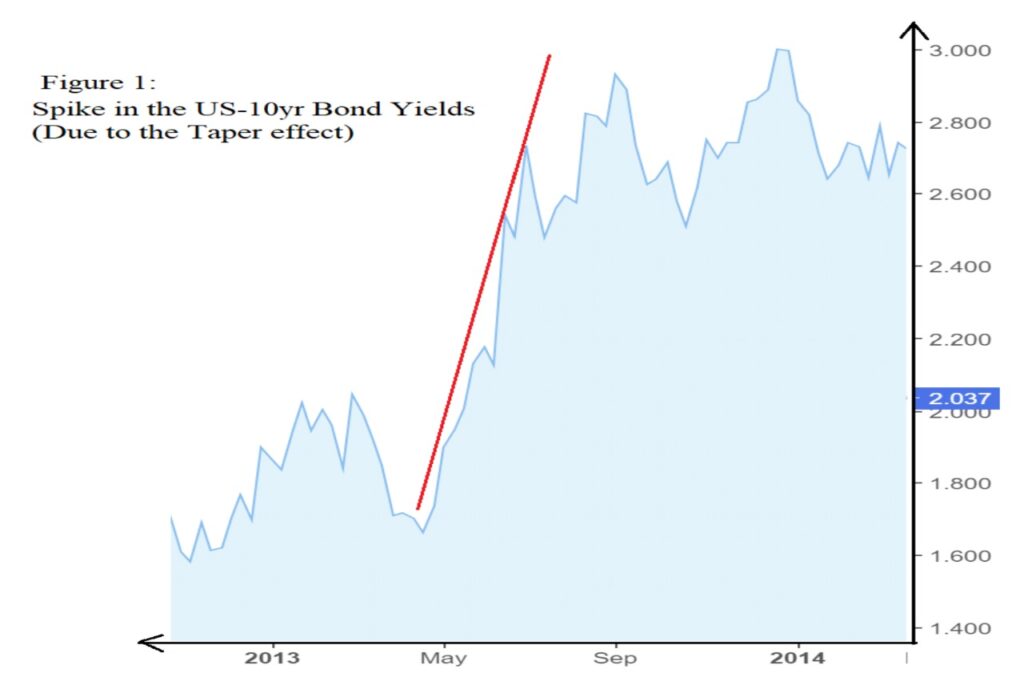 Although world economies felt the tremor, a lot of them survived it easily. But the state of emerging economies was alarming as the repercussions were immediate and hard-hitting. A sharp fall in currencies adversely affected Brazil, India, Indonesia and Turkey. Owing to a perceived over-reliance on foreign investment, these countries were called “the Fragile Five” by Morgan Stanley. However, two of them managed to overcome the turbulence – India and Indonesia. Following the 2008 global financial crisis, these developing countries became havens of vast injections of foreign capital as investors searched for higher yield and growth prospects. Between 2009 and 2012, emerging economies received close to half of the global investment flows. But now the tide was about to turn. As soon as the end of the US easing was announced, a slew of Western investors that were previously “searching for yield” in exotic locations, sensed an upturn in ultra-low domestic interest rates and began to return home. 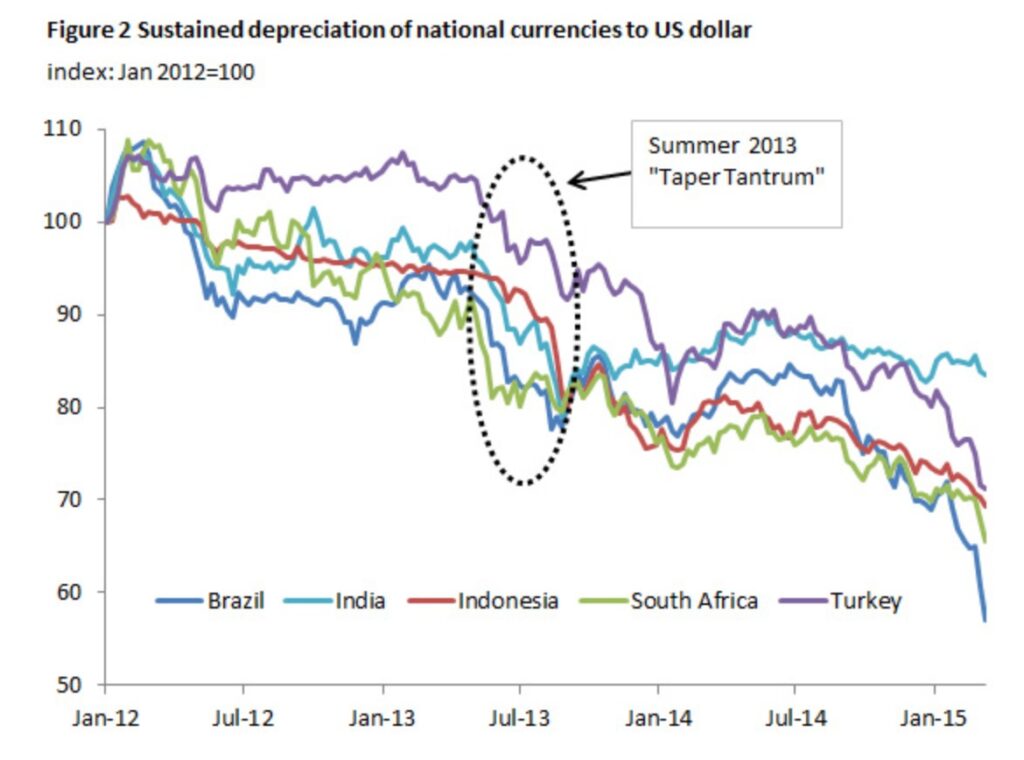 In response, India reined in government spending by trimming routine revenue expenditure by 10 per cent. And to stem declining foreign exchange reserves, India hiked the gold import tax from 4 per cent to 10 per cent and introduced a controversial 80:20 rule which required 20 percent of all gold imports to be re-exported. The country’s trade deficit dropped and the current account deficit improved. However, some of these measures have since been scrapped amid concerns of illicit smuggling. Indonesia also managed to overcome this problem in style. Indonesia’s central bank protected the rupiah by raising the cash rate by 175 basis points. Additionally, the government abandoned the planned “Tobin Tax” on currency transactions, knowing that this may cause remaining investors to flee. They also decided to raise the prices of fuel by 30-40 per cent and opened their markets on beef and rice imports. Indonesia and India managed to dissolve their predicament by decisively dealing with their current account deficits and stability overgrowth.

So, why are there talks of a similar taper tantrum moment at present? The Federal Reserve has been constantly engaged in buying government securities since the pandemic. Why? To stimulate growth and flush the economy with liquidity. At some point, when the U.S. economy looks strong enough, the Federal Reserve will have to scale back on buying large quantities of government securities. This moment is inevitable and there isn’t much that the FED can do to avoid it. The best possible way to go about things would be to prepare and communicate its policies clearly. The money that the FED was pumping has made its way to Indian markets and when the injections subside, this easy foreign money would roll back quickly, creating a tantrum in the economy.

Though the US monetary policy measures have been strict and impressive, leading to a concrete economic revival after the COVID-19 wave. The meeting of the FOMC (Federal Open Market Committee) on 27th and 28th of April hinted that if the US economy continued to make rapid progress towards the recovery goals, it might be appropriate to begin discussing plans in the near future, for adjusting the pace of asset purchases. This would undoubtedly cause a taper tantrum. Notably, officials held that the interest rates will be near zero and pledged for continued buying of $80 billion in Treasuries and $40 billion in mortgage-backed securities per month until substantial recovery is seen. The rising inflationary pressures, soaring commodity prices and the ultra-easy FED policies combined with massive US fiscal stimulus packages are now being viewed as risky measures by investors. Panic fumed due to the recent air about tapering talks. Consequently, the US treasuries declined on heavy future volumes. Though the FED has assured investors of a similar outlook without edit, the question prevails: How can a bulky balance sheet be held? 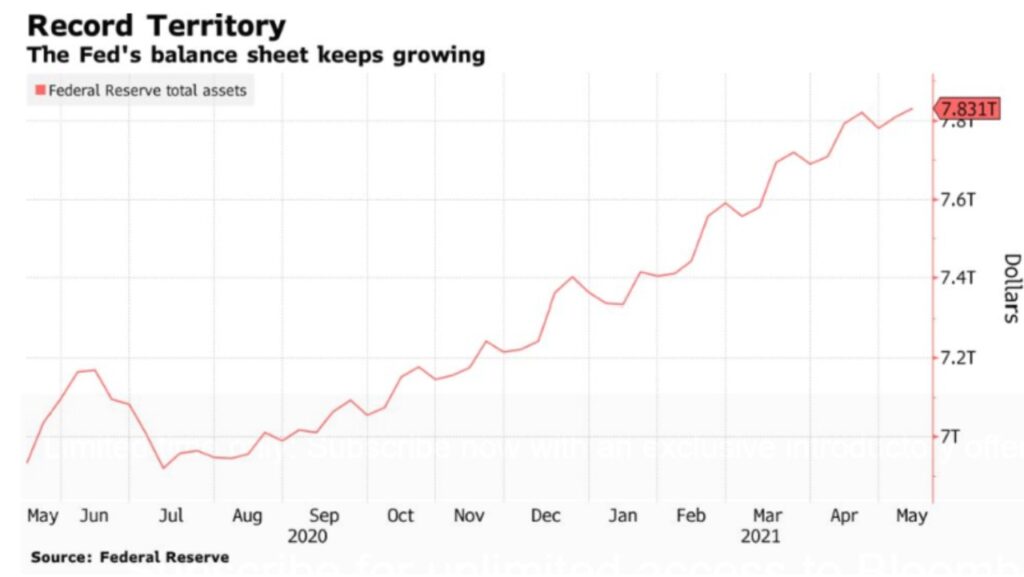 Also, RBI holds great influence over this matter. Similar to the FED, RBI too has consistently flushed the economy with liquidity, by way of its recent stint in the bond market where it carried out OMO purchases and Operation Twists. The Central Bank will perhaps be reluctant in buying government bonds by the truckload from banks, thereby not making a record glut of rupee liquidity worse. As inoculation in the U.S. gathers speed, officials may turn more confident about the need to start trimming their asset purchases in early 2022. Given the positive correlation between U.S. inflation expectations and Indian bond yields, New Delhi may struggle to keep a lid on borrowing costs, and interest payment liabilities may shoot up.

The fact that cannot be denied is that the Indian Stock market has been thriving on the foreign fund inflows. Sooner or later, we will be witnessing a reversal on the foreign investments front. There will come a time when the markets in developing economies, like India, will face the real test and only those with domestic strength will survive. The effects are anticipated to transpire by mid-2022. Will it be a replica of what happened in 2013? No one knows. However, the reign of the excessively injected liquidity is expected to create a sizable impact. The magnitude of the same can be minimized with proper management of the events that will unfold. But until then, keeping an eye over the developments is all we look forward to.