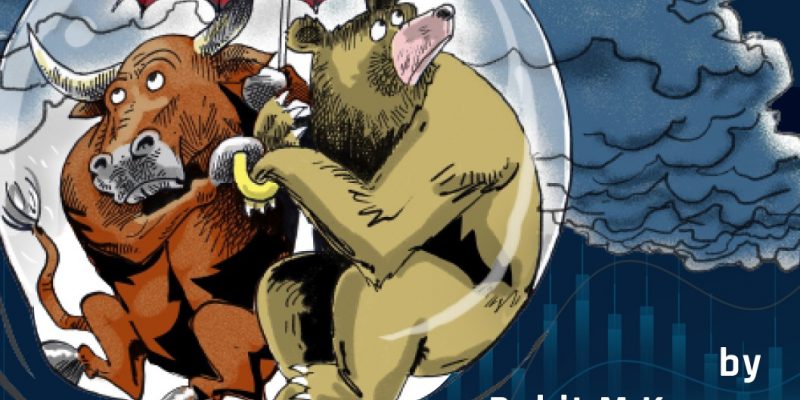 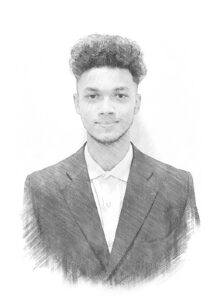 The Indian equity market has showcased a stupendous rally, with benchmark indices advancing around 130 percent from its March 2020 lows. This can be attributed to factors like infusion of excess liquidity by the central bank, coupled with the increase in retail participation in the market and factoring in the expectations of a stronger bounce back in the economic activities that took a big hit during the pandemic. With vaccinations picking up pace across the globe and people starting to refer to the current period, rather unknowingly, as “post-covid” era, countries across South East Asia are crippling due to its lower vaccination rates and mounting fatality rates. Countries like Vietnam are facing a dilemma between life or livelihood, as most of the factories had been shut down due to the rising fatalities.

Amid all these turmoils, the Indian market seems to be completely insulated and each consolidation has only fuelled an upward rally instead of a major correction. While some are of the view that the markets had already factored in the possible earnings growth in the coming year and that there was no room for a sustainable and justifiable rally ahead, the others are still bullish and expect the market to continue this rally for years to come. For the latter tribe of people, which also includes great market gurus and analysts, price has become an important and often an overriding factor compared to the underlying value of the stock. They proclaim that the market is willing to pay an even greater premium for its expected strong performance in the coming years. While this school of thought undermines the sober words of people like Graham, it can be viewed from the light of the statement given by the great valuation guru Aswath Damodaran – “It all depends on the story you tell. However, it has to make sense to the rationality of a common man, which is why we are here to discuss one of the most interesting psychological aspects of investors as well as traders and why it has become more important than ever: The Greater Fool Theory“.

In simple words, The Greater Fool Theory states that a person will buy an overpriced security with the firm belief that someone else would buy it from him at a much higher price, thus gaining off of someone else’s irrational exuberance. That means, you believe that there’s a greater fool than you who is willing to buy the same security at a much higher price. Even as the macro indicators keep oscillating from positive to poor economic outlook and the country’s debt to GDP ratio being at 14-year high, retail investors seem to have paid no heed to these factors and instead are still riding the rally with a belief more or less originating from the fact that there are greater fools than them. However, the fact remains that you have to be careful that at the end, when music stops, you must not be the only one without a chair. And there comes the question, what is fuelling this kind of irrational exuberance from the part of retail investors, even though they are more or less aware about the risk involved in this gamble and still take the roller-coaster ride all the while knowing that once it comes down, its Armageddon!

The time has come for the newbies in the market to introspect their thought process before deploying their capital and to understand the rationale behind buying a stock. Because, once you buy a stock of any company, you are buying an ownership stake in the company, and an owner must always be aware about his business and must have a vested interest in it. Instead, if you are betting on the other ‘Fools’ in the market, it’s time for you to introspect your thought process to find out whether you are trading based on a well-laid out strategy or is it based on half-baked advice from novice traders or out of the Fear of Missing Out (FOMO).

As a researcher, it has always been my interest to analyse various factors that find their way into an investor’s thought process and what makes them take certain decisions which don’t apply to the common sense of a rational being. Here I would be breaking down these factors and explaining them in detail so that new participants in the market would spend a generous amount of time going through the nitty-gritties of the market and trading psychology instead of trading for sheer excitement.

Imagine you have a community of friends that invests in cryptocurrencies and NFTs. However, you are not interested in investing in these classes as you believe that there’s no underlying value in these objects. Whenever your friends get to meet each other, the talks would mostly involve them bragging about the hefty profits they made by trading in these items. Even though you strongly believe that they don’t have any value of their own, you might have an inner feeling of missing out on these opportunities. Now if you decide to go and buy any amount of crypto for the sake of not losing out on the opportunity to cash in the rally, this can be termed as a decision taken out of the Fear of Missing Out (FOMO). It might not be because of your belief in the value of the asset that you are buying, but instead you believe that there is always a person who will be willing to buy from you at a much higher price.

Focussing on the retail investors in India, two of the most sought-after themes were chemical and sugar industries. Recently, Chinese regulatory authorities started rolling out stringent measures to curb pollution and to comply with the emission standards, which came as a blessing in disguise for the Indian chemical manufacturers. Meanwhile retail investors took the whole matter in great zeal and enthusiasm. As the Modi government advanced the country’s plan to target 20 percent of ethanol blending in petrol by five years from 2025 to 2030, many of the sugar stocks were hitting the upper circuit. This was also fuelled by the falling yields from countries like Brazil, which is the largest producer of ethanol and sweetener. In the chemical sector, one could have easily gone for stocks like Deepak Nitrite, which had rewarded its investors in a handsome manner.

But what we have witnessed is a crazy sort of rally in the sugar sector, where people were seen cashing in their hard-earned money in whichever sugar stocks that were available at the moment. This must be viewed from the fact that most of these stocks were in the upper circuit and a prudent investor, as one should always be, must have made sense of the fact that the market had already factored in the possible gains in the days to come and there’s little or no space for a justified valuation. But as I said earlier, the FOMO factor coupled with the belief that there are more fools left out in the market who would buy these scrips at insane price levels incited the investors (although I would prefer calling them speculators) to go blind on these stocks. It gradually started to become a status symbol among the newbie participants to say that they own a sugar stock!

Now, to understand how devastating this turned out to be, let’s look into the charts of two stocks ‒ one from the chemical sector, which had been a consistent performer and resistant to shocks in the market and the other, from the sugar industry, where some had burned off their hard-earned money: – Deepak Nitrite and Shree Renuka Sugar respectively.

People, who were carried away by the euphoria in the market and had forgotten to ask the most fundamental question:- “How Much”?, would have easily burned half of their capital. And, whenever you are buying a stock without asking this question to yourselves, all you are doing is expecting a big queue of fools to buy it from you who also, similarly, won’t be bothered about whether the market has incorporated all future earnings in its price. While the former proved itself that its performance is less proportional to the number of fools left in the market, the latter clearly shows why betting on the number of fools left out there can result in a heavy tragedy and how easy it is to create a strategy to blow up your entire trading account!

This doesn’t mean that these companies are not performing well or are fundamentally weak. But the fact is that they were not able to create the same level of excitement in investors as Zomato has. Also, this doesn’t act as a final verdict for these companies because what matters is whether they are able to generate cash flows and not just the listing gains. If Zomato continues to be a loss-making company, there’s no point in sitting tight with the stock while all you have is some out of the world forecast figures and a utopian-like story to tell, which will sooner or later turn into a dystopian nightmare!

Finally, it’s time to discuss the new emerging class of pundits, who, after learning to draw some trend lines and make sense of some technical indicators, have started to give out stock recommendations to the newbies. But what these seemingly enthusiastic technical analysts seem to miss out on is the fact that the success rate of technical analysis is largely affected by crowd behaviour. There’s no doubt that this is an antithesis to the popular investment philosophies like contrarian investing and also to value investing under certain circumstances. While this may seem to be a bit of a bold statement to make and somewhere undoubtedly hurting the sentiments of the traders, who take advantage of various chart patterns and associated manifestations given by various indicators, the point that I am trying to make is that it’s not about the whole analysis being of no use. Rather, before technically analysing a stock, you must ensure that the fundamentals are also intact and try factoring in various macro-level variables. If not, you are analysing stock just based on its price and not by knowing the business and its operations. If you are buying such a company’s stock which is fundamentally weak and without any growth prospects, all you can do next is search for a greater fool than you who also doesn’t care about what the business is as long as there are more fools waiting in the queue.

It is a common observation that people, who learn and understand to draw trendlines and make sense of some indicators, all of a sudden become call providers. While in the short run, especially under the present conditions of a bull market, this might seem to work well generating huge returns by predicting a breakout in a stock using price action and other indicators, when the market conditions change, it won’t be that lucrative to merely depend on technical analysis and that’s when the market will test your real stock picking skills.