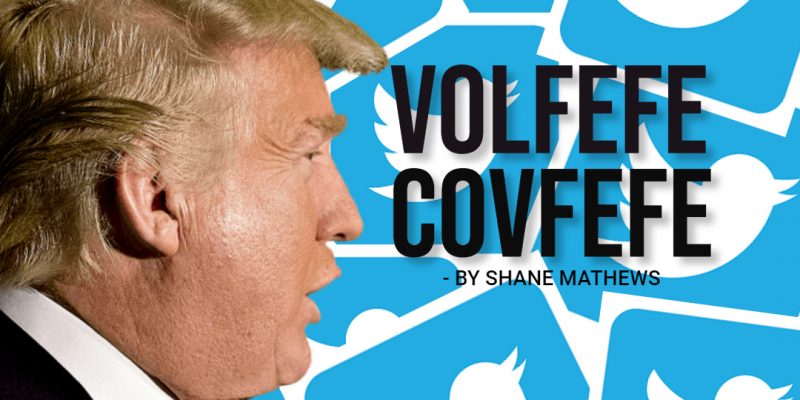 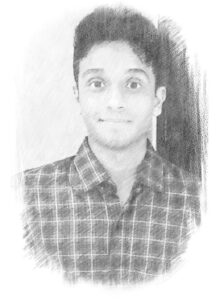 Imagine that one day a group of analysts decide to come up with something innovative. In todays unpredictable world, numerous factors affect the financial markets, and it thus becomes important to determine which among them are relevant. Now, what these innovative thinkers did was quantify  something which we see every day and then increate an index based  on it! Intrigued as to what they based their index on? You may find it a bit surprising, but trust me, it’s there

Ever since Donald Trump took office as POTUS, he has been making news with his antics every day, involving himself in all possible events that take place across the globe, and making sure that he has a say in it. In addition to all this, he lets the entire world know what’s going on in his mind through a series of tweets, ignoring all sorts of grammatical rules in the English language, and facing a brunt of negative social media attention for the same. I have been dropping subtle hints now as to what the index comprised of and now its time for the big reveal.

IT’S THE TWEETS GIVEN OUT BY DONALD TRUMP. Apparently, every time he tweets, it seems to cause a significant impact on the markets, and this encouraged analysts at JP Morgan Chase & Co and Citibank group in 2019 to quantify it and see how much of impact it creates in the markets.

This index is called as Volfefe (Read; volatility) Index. Time for a Wikipedia definition:

It is a stock market index of volatility in market sentiment for US Treasury bonds caused by tweets by President Donald Trump.

It tracks how much impact his tweets regarding trade and monetary policy have on the markets, and was found that there was some serious statistical significance between the two.

According to analysts, his tweets which contain the words “China”, “billions”, “products”, “Democrats”, “great”,   “Trade”, “tariffs”, “dollars” were seen to be the biggest market movers, especially on two -year and five-year Treasury bonds and their interest rates. Citigroup looked at the impact on certain currency pairs , and that his comments seem to affect the US dollar versus the euro and the yen. Further, Bank of America had published a note stating that whenever Trump tweets relatively frequently, it seen to lead to negative stock returns of 9 basis points on average. Now, it becomes clearer that this wasn’t just a fun exercise undertaken at JP Morgan , but rather a strategy to developed to manage risk, specifically interest rate risk .It has been found that that this index can account for a “measurable fraction’” of moves in implied volatility seen in interest rate derivatives, called as swaptions.

Swaptions? Implied volatility? What is this guy even talking about must be the thought running across your minds. Let me break it down for you now in the simplest manner.

A swap is a derivative contract whereby the parties exchange the cash flows or financial liabilities arising from two different financial instruments. The most common swap is an interest rate swap, whereby a holder of a fixed interest rate swaps for a floating interest rate, or vice versa. And a swaption gives you the right but not the obligation to enter into a swap contract on specific terms at a time in the future. These instruments help you to hedge your interest rate risk. Implied volatility is used to price options contracts and thus a high implied volatility results in options with higher premiums and vice versa. Implied volatilities express markets expectations about future volatility in the interest rates and are useful indicators to measure degree of uncertainty prevailing in the market. .  The analysts look at this indicator which is derived from the prices of swaptions and thus reflects how much interest rates are expected to move around, and what was observed that this measure has gone up making swaptions more expensive as people think these interest rates, especially short term interest rates are expected to fluctuate more.  Now added to this model is the parameter regarding the presidents tweeting. And what it finds out is that an increase in implied volatility seen in swaption prices does appear to be caused as a result of increase in market volatility which is due to the presidents erratic Twitter behaviour. Now, interest rate volatility affects not only swaptions but also people whose business depends on the cost of borrowing or lending in the future such as bankers and real estate developers and they face more risks when the interest rate market is volatile, making it more difficult to make investments. Now recently, Trump and Twitter had some issues pertaining to the content of his tweets, but what I feel is that the two depend on each other and that in the time to come, this index will become even more relevant and probably could explore further grounds! Love him or hate him , but as an investor one thing you cannot afford to do is ignore him.