Tax Havens: How The Rich Hide Their Money 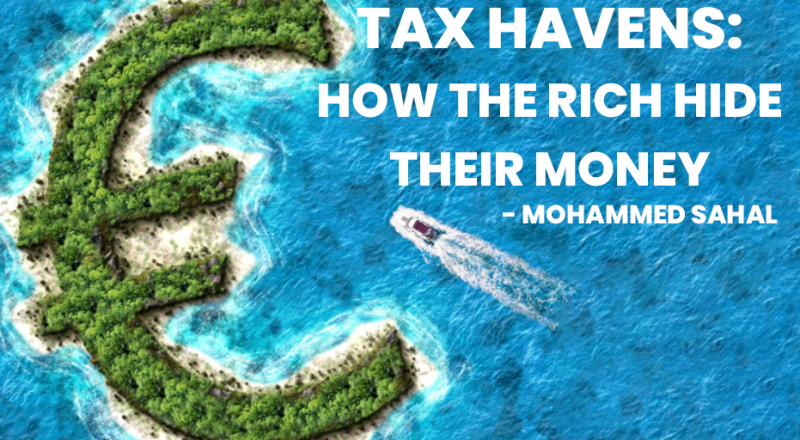 In his podcast IMPAULSIVE, YouTube star and influencer, Logan Paul recently announced that he is planning to move to Puerto Rico from California. Now you might be wondering, out of all the places in the world, why Puerto Rico? Surely there’s a lot more luxurious and attractive cities in the world where he could have moved to. But why Puerto Rico? Because Puerto Rico is a tax haven. But what is a tax haven in the first place? Fret not, this article will help you understand what are tax havens and why do people move there.

Now, imagine you’re a millionaire. You have worked so hard to get to this point and you finally feel like you made it. However, the next day, the government takes a large chunk of your hard earned money in taxes. How would you feel?

What is a tax haven? There is no universal definition, but tax havens, or offshore financial centers, are generally countries or places with low or no corporate taxes that allow outsiders to easily set up businesses there. Tax havens also typically limit public disclosure about companies and their owners.

So why would a country or state decide to be a tax haven ? Money. Tax havens make significant income from fees paid by people and companies who create and use shell companies. Tax havens also create work for lawyers, accountants and secretaries. Mauritius, for example, has said 5,000 people would lose jobs if the country stopped being a tax haven.

So how much wealth does tax havens hide ? Given the secrecy involved, it is tough to estimate. Nevertheless, one credible estimate exists. James Henry’s 2010 study, The Price of Offshore Revisited, (written for the TJN), said about $21 to 31 trillion of unreported private financial wealth was located in various tax havens at the end of 2010. This estimation did not include real estate, yachts and other non-financial assets owned via offshore structures. Henry described the private wealth held in tax havens represented “a huge black hole in the world economy” at the time.

And while it’s true that high-income countries lose more tax revenue in absolute numbers, the brunt of the burden is borne by developing countries who don’t make a lot in tax revenue, to begin with. I mean, look at India. While less than 2% of the country’s population pay income tax, it is still the primary source of revenue for the government. 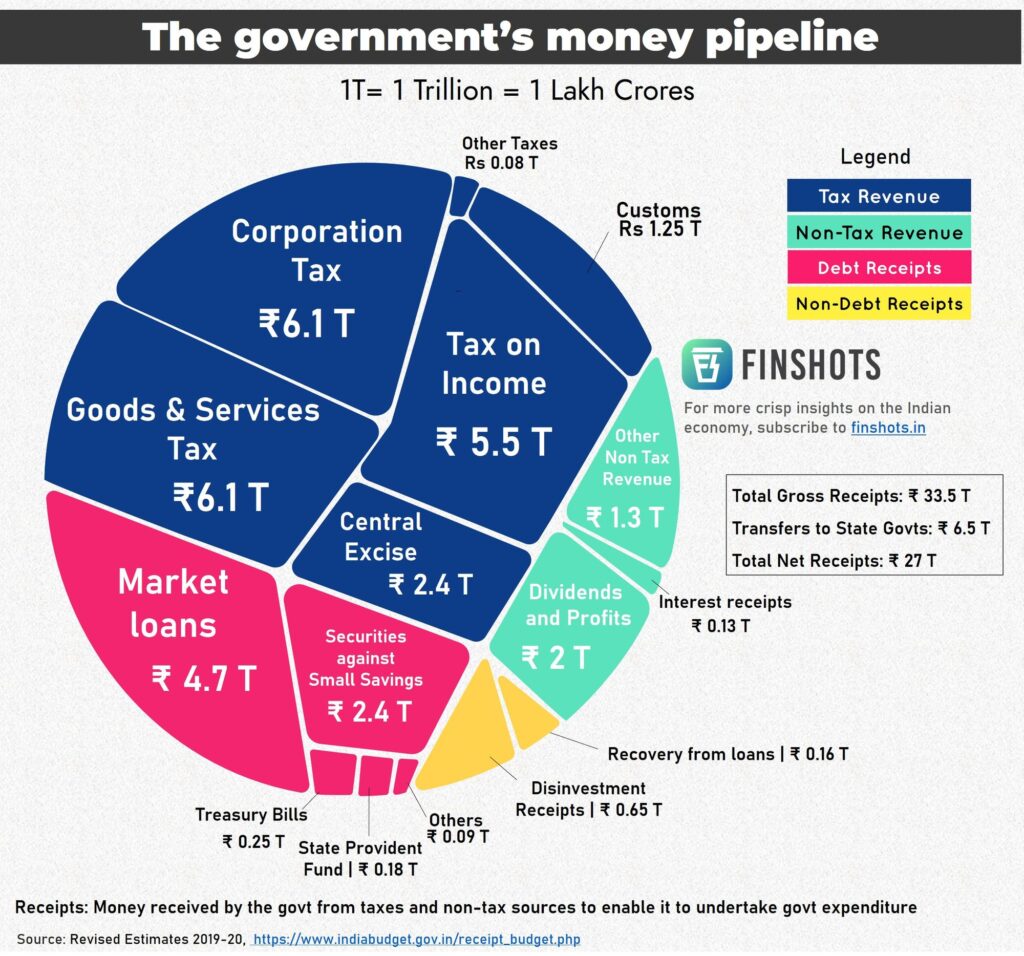 However, tax havens aren’t tax havens just because they have low taxes—rather, what makes a tax haven is its opacity of financial information. This is why tax havens are often more accurately referred to as ‘secrecy jurisdictions,’ and why they facilitate many more problems like money laundering than just tax evasion.

The diagram below depicts the top 15 tax havens in the world: 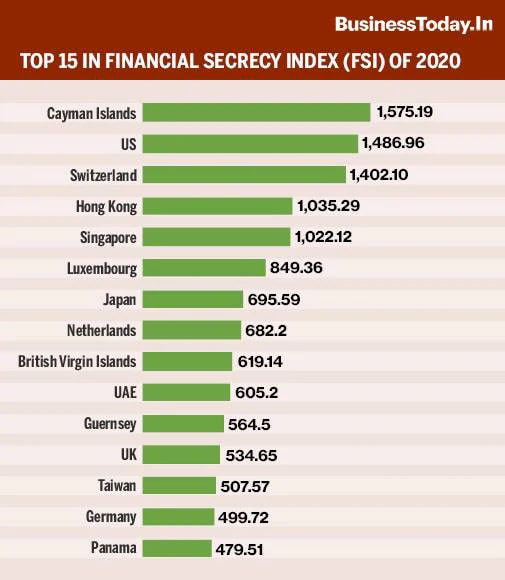 The FSI ranks countries/jurisdictions according to how their legal and financial regulations allow wealthy individuals and entities to “hide and launder money extracted from around the world” for more than a decade. It uses ‘secrecy jurisdiction’ as an alternate term for a tax haven to describe those “who use secrecy to attract illicit and illegitimate or abusive financial flows” by using a methodology developed by the IMF in 2007.

An analysis of the data released by the Department for Promotion of Industry and Internal Trade (DIPP) on FDI inflows, from April 2000 to December 2019, and the RBI on FDI outflows, from April 2012 to Mach 2018, show that the top three tax havens account for 59% of cumulative FDI inflows and 55% cumulative FDI outflows or Outward Direct Investment (ODI).

Both FDI inflows and outflows relate to equity participation. 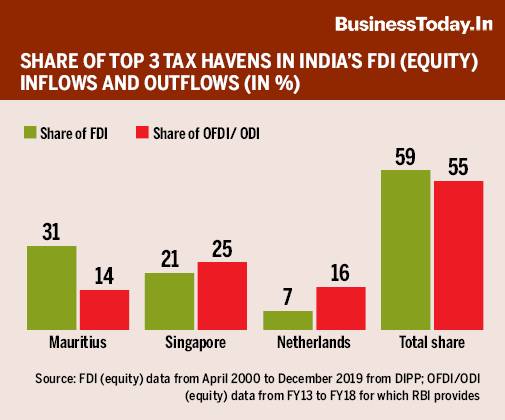 If other tax havens are added to the list, their contribution to the total FDI flows to India will go up substantially.

In fact, the top 10 jurisdictions from which India receives FDI inflows account for 87% of the total inflows between April 2000 and December 2019. 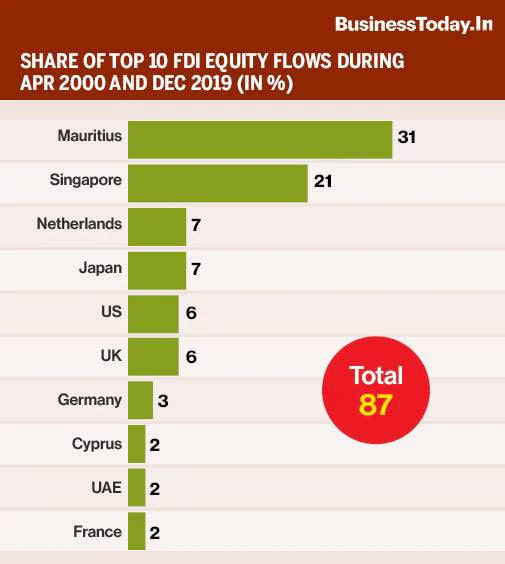 Now, let’s have a look at a couple of strategies adopted by the rich and MNCs in India to avoid billions of dollars of taxes.

Under this strategy, the business is structured in such a way that all valuable patents and technical know-how are owned by a subsidiary in a low tax jurisdiction. In its simplest form, all IP rights of the MNC group are centralised in an entity registered in a tax haven. Group companies have to pay a royalty (usually as a percentage of sales) to the intangible principal. This reduces profits of group companies and thus their tax incidence. This also increases profits of the intangible principal, which does not have to pay any tax since it is located in a tax haven jurisdiction. 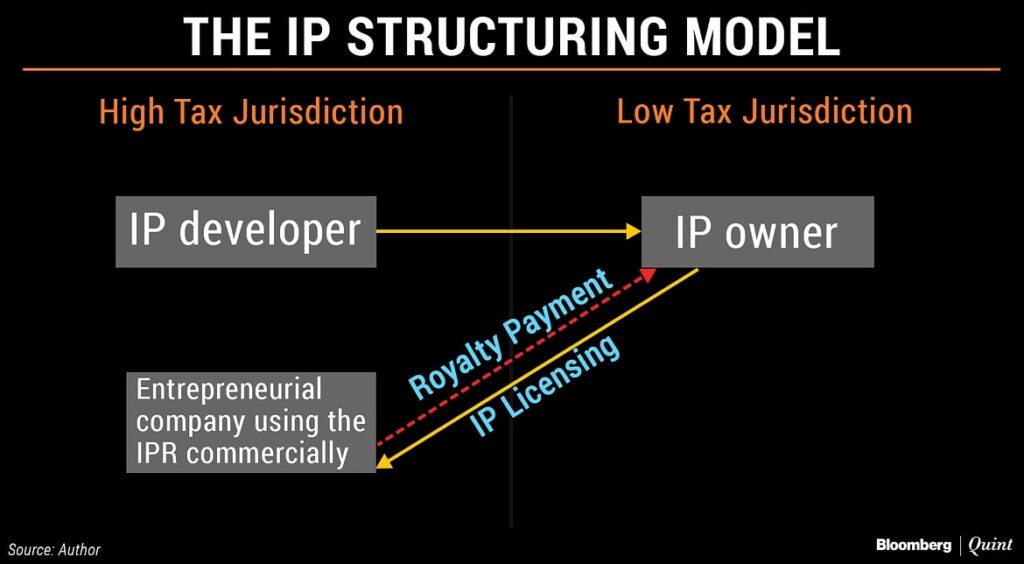 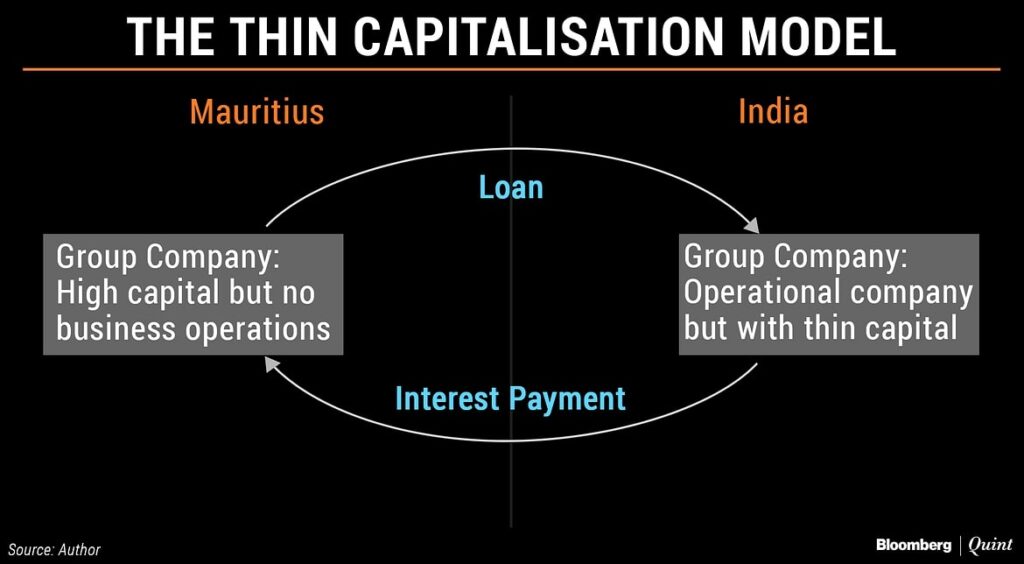 If we explore what the impact of tax havens and their role in the economy of the world, there are 2 scopes that would need to be described. It is believed that tax havens play both a negative and positive role in the global economy. Firstly, tax havens deprive governments from non-tax haven countries of large sums of money in form of tax collection. This deprives the country from reinvesting these funds to develop the country or to repay public debt. On the other hand however, it is believed that tax havens allow companies to grow and expand since the lower tax expense allows them to reinvest more readily in creating growth and development within the company. Lower tax rates also allow corporations to pay higher salaries to their workers and are able to pay higher dividends since their revenue income remains untouched. For this, it is believed that tax havens create more competitive and stronger companies and corporations. Lower tax rates also improve and enhance entrepreneurship since companies face less obstacles in the process of formation and consolidation.

In order to limit the practices of tax evasion , the Organisation for Economic Co-operation and Development (OECD) introduced a set of action plans. These plans, collectively named as the BEPS Action Plan, were discussed and subsequently approved by all members of the G20. India, like many other countries, have adopted these actions.  India has also successfully implemented the Equalisation Levy to all business transactions irrespective of a corporation’s Permanent Establishment (PE). As a result of this, any corporation that has incorporated itself in a tax haven but engages in regular transactions with entities in India will be charged a fee (Equalisation Levy) for doing the same. India has, furthermore, enabled itself to tackle the issue of Treaty-Shopping. Especially with regards to the India-Mauritius DTAA, Indian authorities can now tax Mauritius residents upon their transactions (to and from India) based on their own personal discretion. This has, positively, limited the practice of third party corporations to incorporate themselves in Mauritius in order to conduct tax-free business in India. This has also, positively, led to the generation of a higher amount of revenue in the hands of Indian authorities.

Other than that, India has also put severe restrictions upon the practice of storage of money received in the form of illicit/illegitimate gains (“Black Money”) in tax havens by entering into Tax Information Exchange Agreements (TIEA) with several tax havens. A TIEA provides India with the power to gather information from these havens upon requests relating to a criminal or civil tax-related investigation. This has subsequently reduced the secrecy provided by many of the tax havens and potential tax evaders find it risky to store their “Black Money” in these havens. India has entered into TIEAs with several tax havens.

In the wake of the global financial crisis of 2007-08, tax havens became a hot topic as political leaders zeroed in on exotic, low-tax jurisdictions as sources of fiscal instability that exacerbated the crisis. With the Covid-19 pandemic, tax havens have been even more immediately and strongly linked to the crisis and the prospects for economic recovery. This presents opportunities to capitalize on the renewed momentum to strengthen progressive taxation at the national level, and at the international level, to strengthen cooperation in the fight against tax havens.

On October 10,2020 , India got the second set of Swiss bank account details of its nationals and entities under the automatic exchange of information pact with Switzerland, marking a key milestone in the government’s fight against black money allegedly stashed abroad. India is among the 86 countries with which Switzerland’s Federal Tax Administration (FTA) has exchanged information on financial accounts within the framework of global standards on AEOI(Automatic Exchange of Information). The exchanged information will allow tax authorities to verify whether taxpayers have correctly declared their financial accounts in their tax returns. The next exchange would take place in September 2021.

The adoption of the OECD’s BEPS Action Plans as well as the implementation of the equalisation levy has already yielded positive results for India and its economy. TIEAs have aroused a sense of fear into tax evaders regarding the legal consequences of their actions. The amount of money stored by Indian parties in Luxembourg showed a 62% decline from the period-2013 to 2017. While there was a decline of 17.6% in offshore accounts held in Jersey, a decline in the money stored in Isle of Man was almost 39%. The journey to put an absolute end to these unethical practices is still a long way out, but it is clearly evident that a lot of progress has been made. If things go about the way it is progressing, it won’t be long before we see a corruption-free India, only focusing on economic growth and development.