What is Helicopter Money? 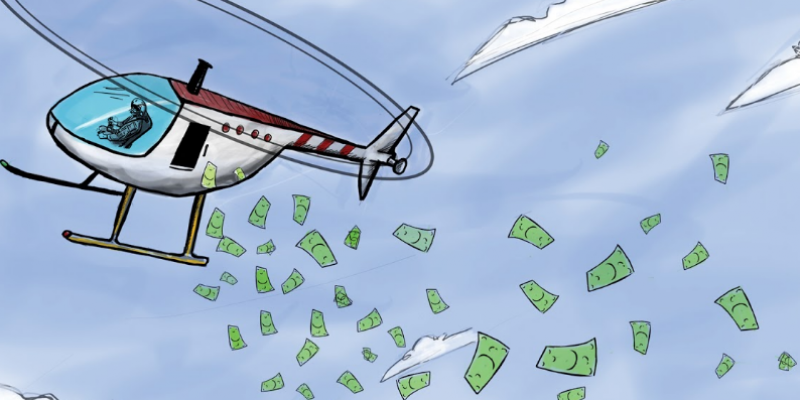 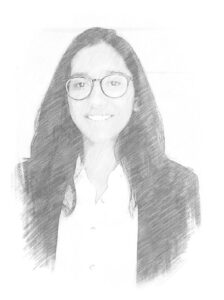 Imagine a day when you get up and find some extra money in your account, a gift from the central bank. And the most amazing part is that this gift need not be returned as well. While this might sound outlandish – but this is the concept of the so called Helicopter Money.

Helicopter money is an unconventional monetary policy, a concept where the central banks inject money in the economy. It prints large sums of money and this money is distributed to the general public.  But as the name suggests do you think that the money falls from the sky?

No it’s a metaphor!

Clearly this is not even possible which leads us to the next question, how is this implemented?

In reality this concept is a combination of monetary and fiscal policy, to fight deflation and provide stimulus to the weak economies.

But before we go into the heart of the concept, let us know what makes the central banks take such an audacious step – of giving money free of cost to the public.

Well, the central bank’s main function is to follow the monetary policy, which basically aims to control the money supply, often targeting inflation, price levels with a general trust in the currency of the nation; for the overall economic growth.

How is all this done?

You know this; broadly speaking the central bank either increases (or decreases) the interest rates, or it buys (or sells) the government bonds which are also known as OMO (Open Market Operations).

But what happens when none of this impacts the liquidity of the nations. This is what is happening in the current situation under the mayhem of Coronavirus. In order to increase the liquidity, the central banks have been continuously decreasing the interest rates; some of them even going into the negatives; but this have had near to zero impacts on these economies facing recessions; worse than the Great Depression 1930 and the Financial Crisis 2007-08.

Then why is this topic in debate now? Why did Telangana’s CM K.C. Rao gave this idea to the government? Most importantly what is stopping RBI to take such a step?

Well, optimists tell a different story. It is simple and logical, given certain assumptions. And there’s nothing wrong with making assumptions as this is what economists do all the time.

A fear like Corona bites due to some unforeseen circumstances, people decrease their consumption levels and investors (companies) stop investing. The revenues of the companies fall which forces them to layoff workers. This leads to unemployment in the country, people’s income falls and they further reduce the spending. This explains that they don’t have enough cash to spend and thus the concept of Helicopter Money.

As the central banks print money and give it into the general public’s hand, they go to the markets to spend this money and demand (aggregate) rises, due to a rise in consumption expenditure. This is better than Qualitative Easing or what we are familiar with ‘Open Market Operations’ as this does not lead to any creation of reserves as well as it never puts a burden on the bank’s balance sheet.

The output increases with some inflation in the economy and thus this tool fulfills its primary role – “Economic Growth”.

The major assumption made in this model by Milton Friedman, (the person who coined this term) was MPS = 0. MPS (Marginal Propensity to Save) is that % of the increased income which is saved. Simply putting, people spend the entire increase in their income on goods (no matter what they buy) and nothing is saved.

I personally feel that this is not the right tool, at least in the given situations. One of all, even if we go ahead with this step, the next question arises how much money should be distributed; a 2,000 or 10,000. No matter what; the governments can never satisfy all the income groups. Moreover, many governments don’t have the complete databases of the citizens as well.

Two, spending is actually the last thing that people would want to do right now. So the idea of giving free money to boost economic growth would give a wrong message. And what if they don’t spend it all ? They may stockpile goods.

Or there are a lot of other functions of money, they might put this into the savings account. This would lead to another cheap funding source for the bank, due to the large amount of supply the interest rates come down; and with this humongous supply it might not earn any interest as well.

And it could turn out as this too..

People like us would foresee this move as something like this: helicopter money now, somewhere in the near future the government would increase the taxes to cover this, so we must deposit the entire amount in the banks so as to pay these future taxes.

Once the situation is back to normal: they might spend this at the most expensive restaurant which till now they only dreamt of, or might even buy a new smartphone. Well people are rational afterall, they know what is best for them !

Has the measure worked in the past?

Consider for instance, in the year 2016 when Japan considered using this; they ended up with making a combination of fiscal stimulus and Q.E. (Quantitative Easing). In the early 1920s when Germany was struck with Hyperinflation, or Zimbabwe or what  happened with Venezuela?

My observation is simple, Helicopter Money is not the right tool. It could result in far greater unexpected problems than the solution to get the economy back on track. I mentioned a few problems, but think of inflation. If a risky tool like this is implemented it  can even lead to a situation of hyper-inflation. It might result in currency devaluation as well. Large sums of money getting printed, the depreciating rupee would further go down, discouraging the entire central bank’s financials.

The most important of them all; once implemented it cannot be reversed & it is not a long term solution too; just a one time cash payment.

Will it work now? We have no clue..

Meaning before implementation we need to mitigate all risks and not take any hasty decisions.

And hopefully the government will take consideration seriously.. And whatever they will do it is likely that the United States would be having a close look into this.

And as dark clouds form on the horizon, don’t be surprised if you hear those choppers heading your way !!!!!!!